On 25-26 April 2019, iCourts and ARTIJ hosted a two-day workshop dedicated to the theme 'Art and International Courts'. The event took place at the Faculty of Law of the University of Copenhagen.


The purpose of the event was to explore links between art and the work of international courts. The reasons behind this workshop were threefold. First, it sought to search for new tools of inquiry into international justice following the general tilt to visuality. Secondly, the workshop sought to connect aesthetics with international justice. Finally, participants were invited to reflect critically on the question of instrumentalising art as a tool for reparations, memorialization and outreach.


The workshop featured four panels - each dedicated to a related issue. Rachel Kerr opened the event with a keynote talk addressing how post-conflict societies use creativity to engage in practices of reconciliation. She drew on her experience as the Director of the Art and Reconciliation project based in London, which focuses on transitional justice in the Balkans.


Panel 1 adopted a discursive approach to visuality and aesthetics in international justice. Daniel Litwin examined how space influences international adjudication. Tanja Aalberts and Sofia Stolk continued the discussion by raising an important question: does the space in which international proceedings take place shape the legal community or does community itself predetermine the space in which it resides? Emiliano Buis explored the nature of rhetoric in international adjudication, connecting it to the classical Aristotelian Rhetoric. Is there room for emotions in modern international proceedings? Jayati Srivastava and Dai Tamada focused on the significance of representations of justice, especially its iconography and emblems.


Panel 2 offered critical approaches to employing art as an instrument of outreach efforts by international courts. Christine Schwöbel-Patel explored the idea of branding in international criminal justice. Are there implicit biases in the way victims are portrayed by the International Criminal Court (ICC)? Pursuing with the issue of branding, Fiana Gantheret explored the artistic dimension of the outreach efforts by the International Criminal Tribunal for the Former Yugoslavia and the ICC, addressing a key question: 'Who is international justice for?'. Daniel Tkatch explored the notion of critical art through the lens of Jacques Rancière’s philosophy, highlighting the distinction between art and non-art as well as between the mode of seeing what is there and what is not there. The trials themselves can be seen as a stage in which victimhood is presented. Finally, Miriam Bak McKenna offered fresh perspectives on the architectural design of international courthouse buildings as a possible reflection of community values.


Panel 3 focused on the tangible artistic objects flowing from the outreach and reparations efforts by international courts. Ralph Wilde pondered over the question of memorialisation in extraterritorial human rights disputes. How to craft symbolic reparations when victims and perpetrators live across borders? The challenges attached to such a complex situation are striking. Mark Drumbl, in turn, discussed the legacy of Judge Pal - a vehement dissenter at the International Military Tribunal for the Far East. Drubml did so by looking at the monuments dedicated to Judge Pal in Japan. Maria Elander in her talk focused on the sculpture recognized as a reparation in the Extraordinary Chambers in the Courts of Cambodia Case 002/01. The sculpture A ceux qui ne sont plus là(For Those Who Are No Longer Here) by Cambodian-French artist Séra is a visual representation of law. Her case study exposed a crucial question: what does it mean to look at images legally?


In contrast with Panels 1-3, which viewed art as a tool for enquiry or as a form of reparation, Panel 4 considered art as an object protected by international courts. Shea Esterling discussed the notion of culture as understood by international criminal law, highlighting a positive development in the ICC Al Mahdi case. The Court acknowledged both international and intra-national significance of the destroyed mausoleums. Giulia Bernabei studied the process of the so-called 'criminalisation of the intentional destruction of cultural heritage', which is gradually turning into an independent offence rather than an auxiliary crime in international criminal law. Finally, Güneş Ünüvar explored the issue of balancing public and private interests in the context of disputes relating to art and mediated by the alternative dispute resolution mechanisms.


The workshop also included experiential dimension - a screening of the documentary Unforgiven in the presence of its producer Ari Matikainen and a concert by the jazz band The Faculty of Love.


The discussion at the workshop brought to light a number of poignant points connecting art and international justice. Some of them can be summarised as the following contradictions: 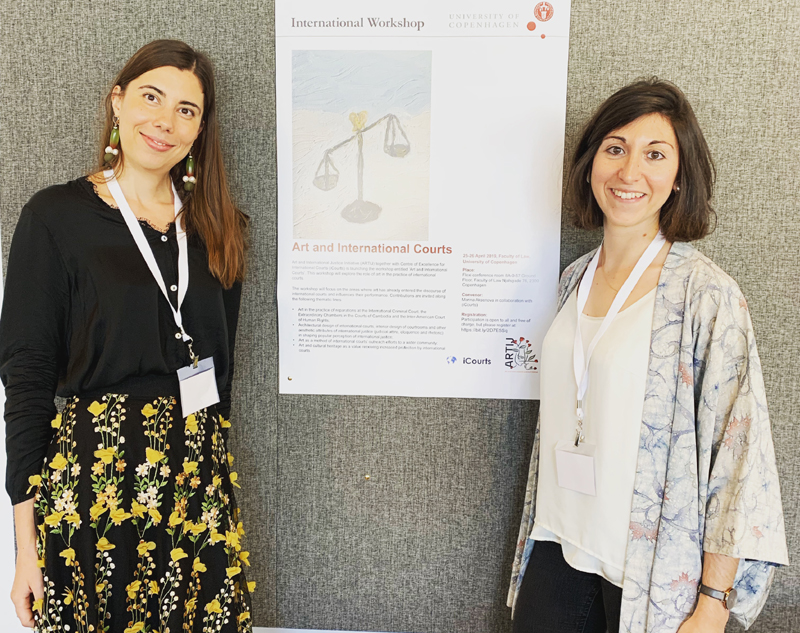 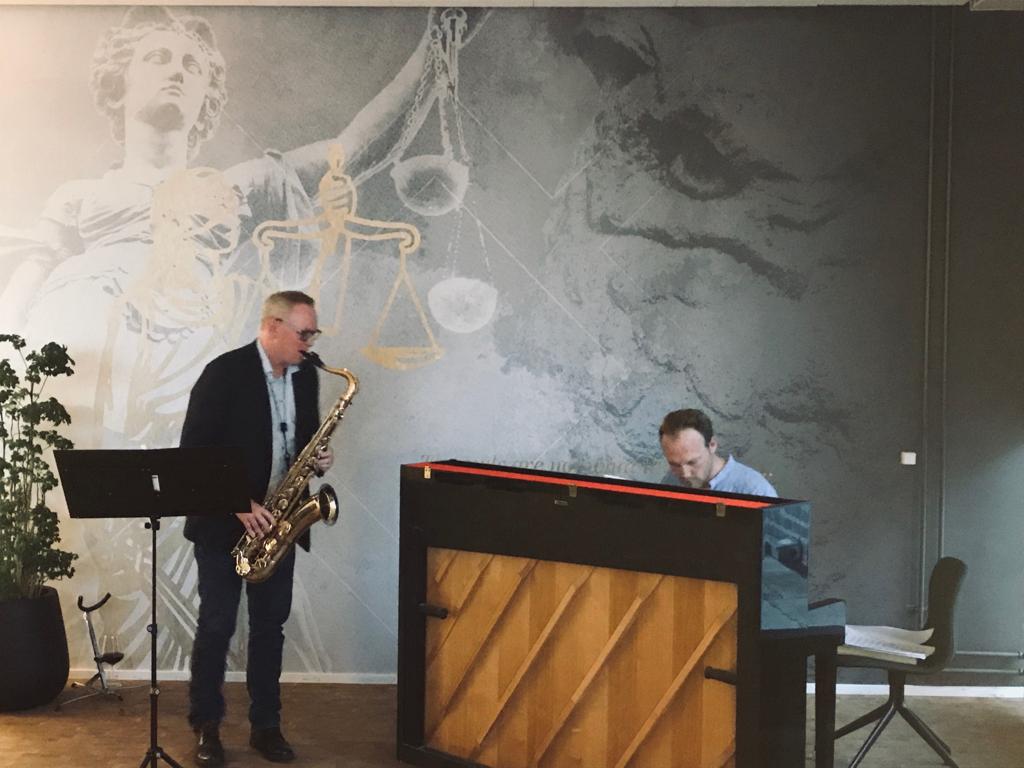 Mikael Rask Madsen, Director of iCourts, and the Faculty of Love performing at the end of day 1 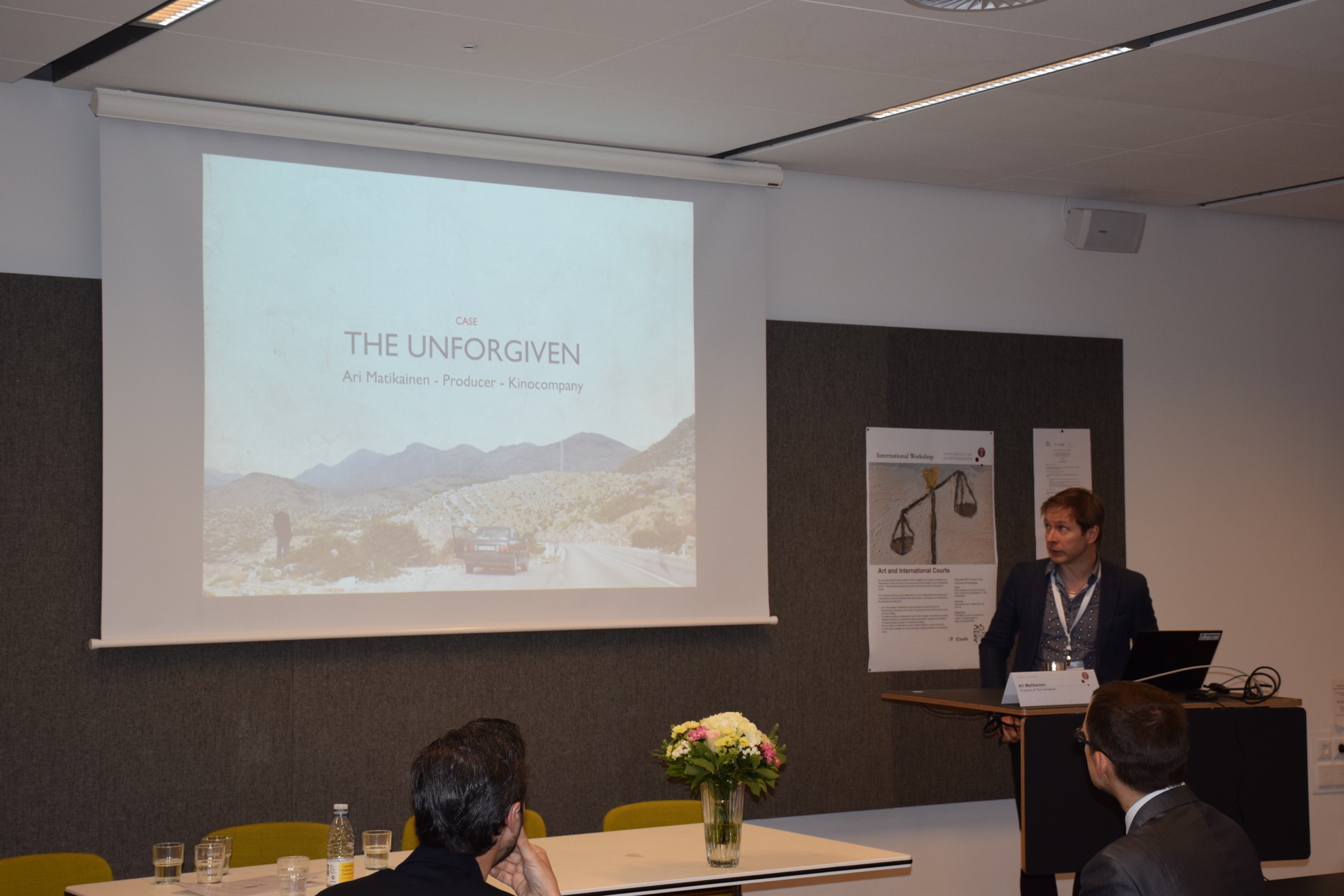 Ari Matikainen, producer of The Unforgiven, introducing the documentary 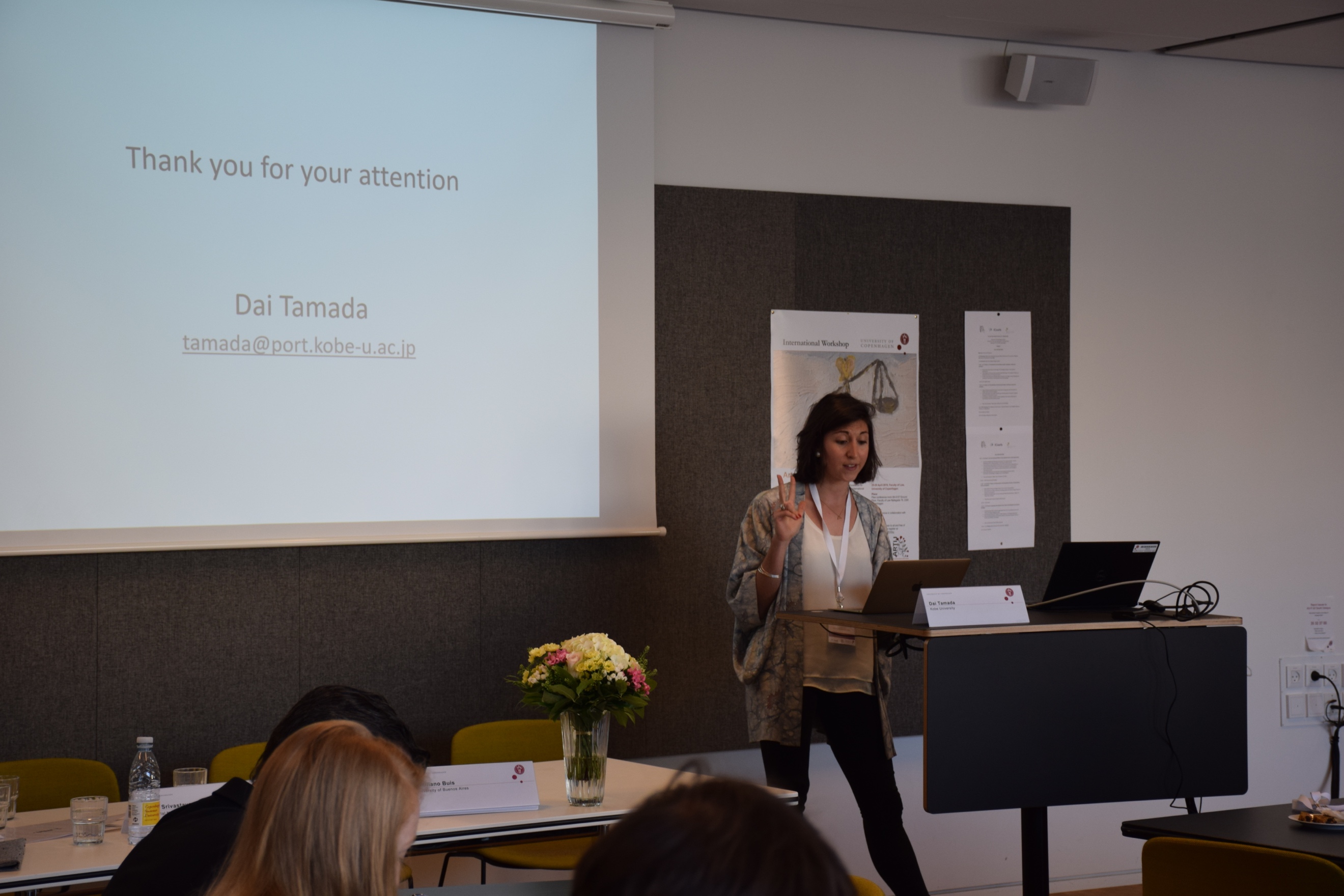 Maja Spanu, co-founder of ARTIJ, offering her reflections on Panel 1 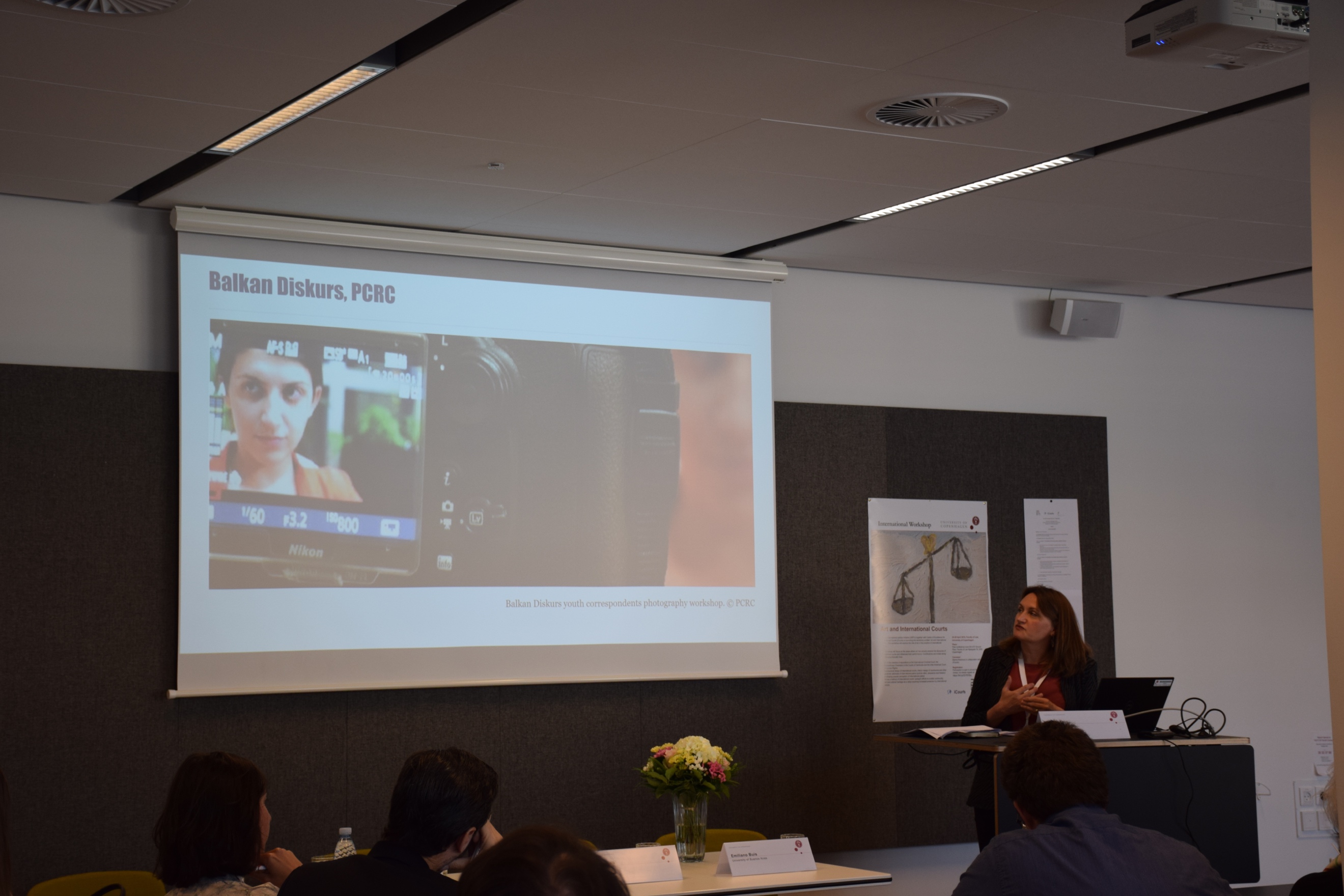 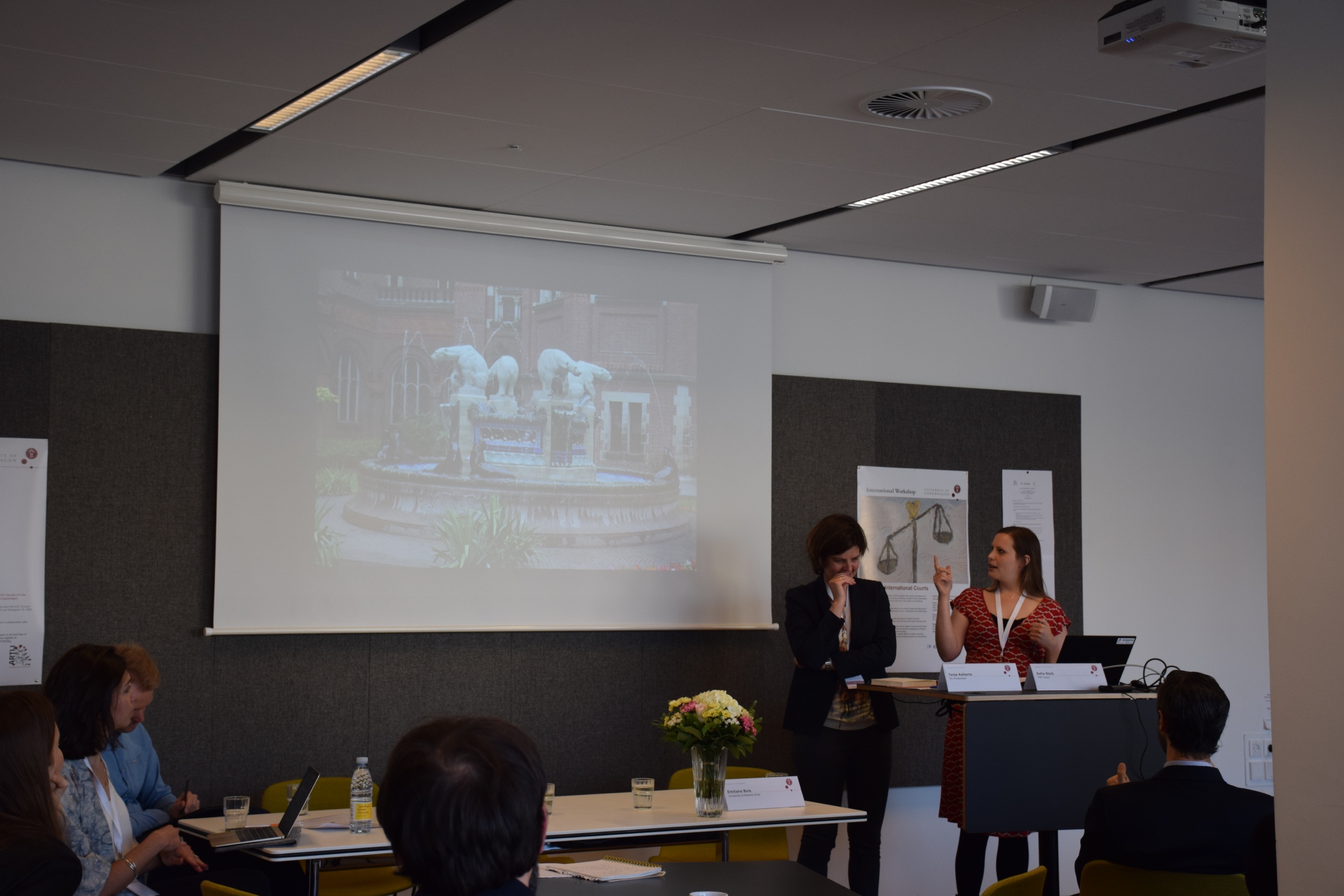 Tanja Aalberts (VU) and Sofia Stolk (Asser Institute) talking about ‘the Temple of Peace’, also known as the International Court of Justice 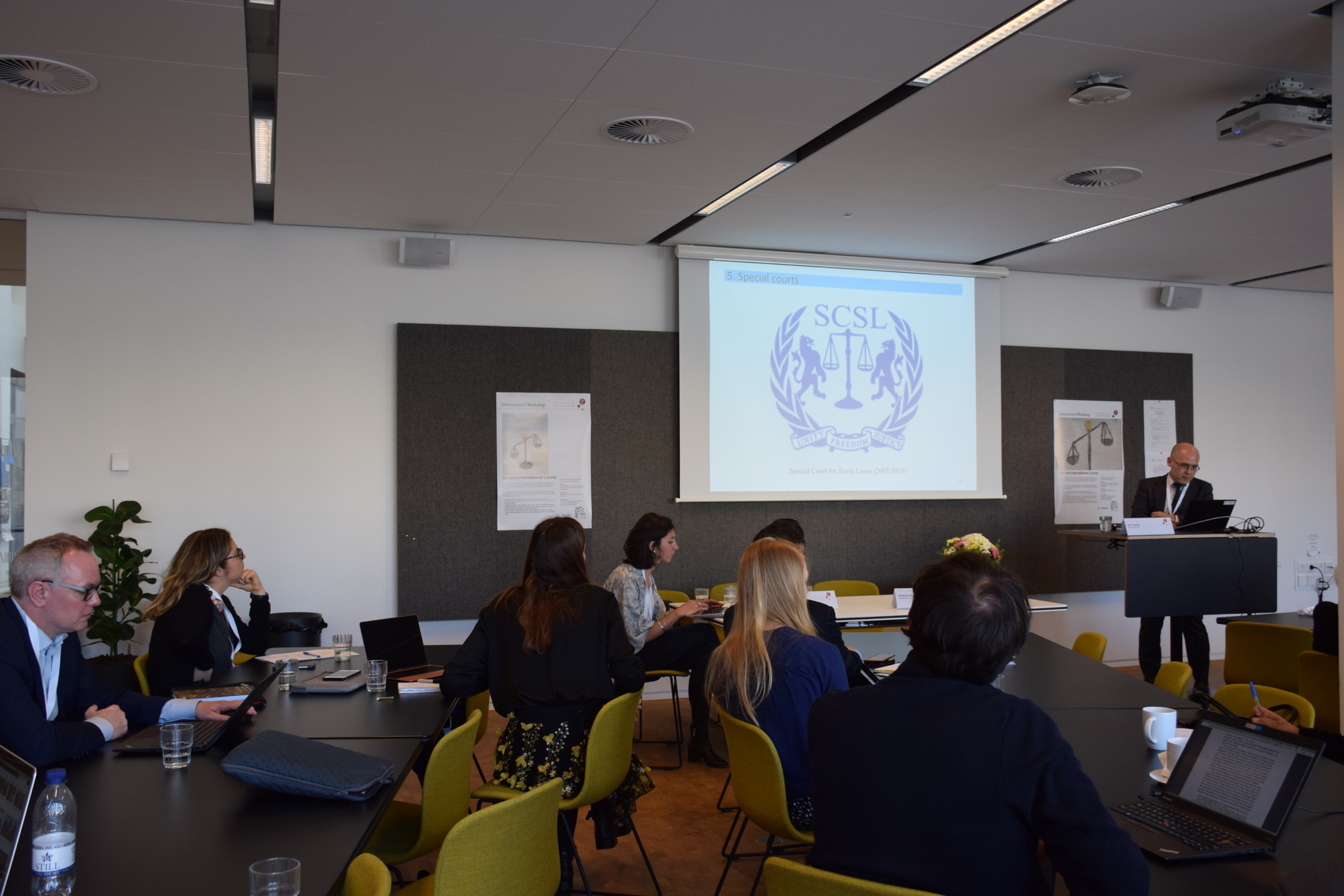 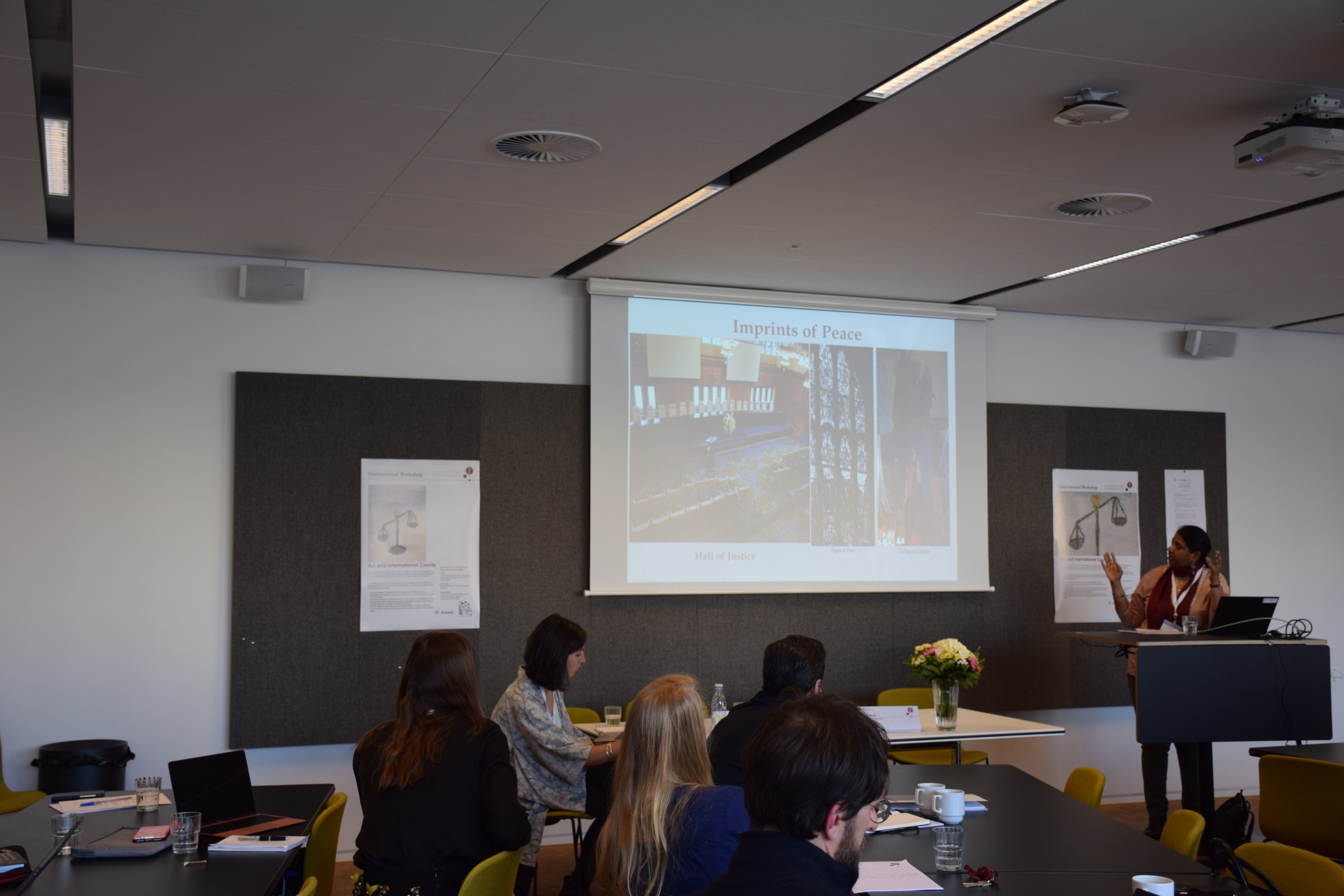 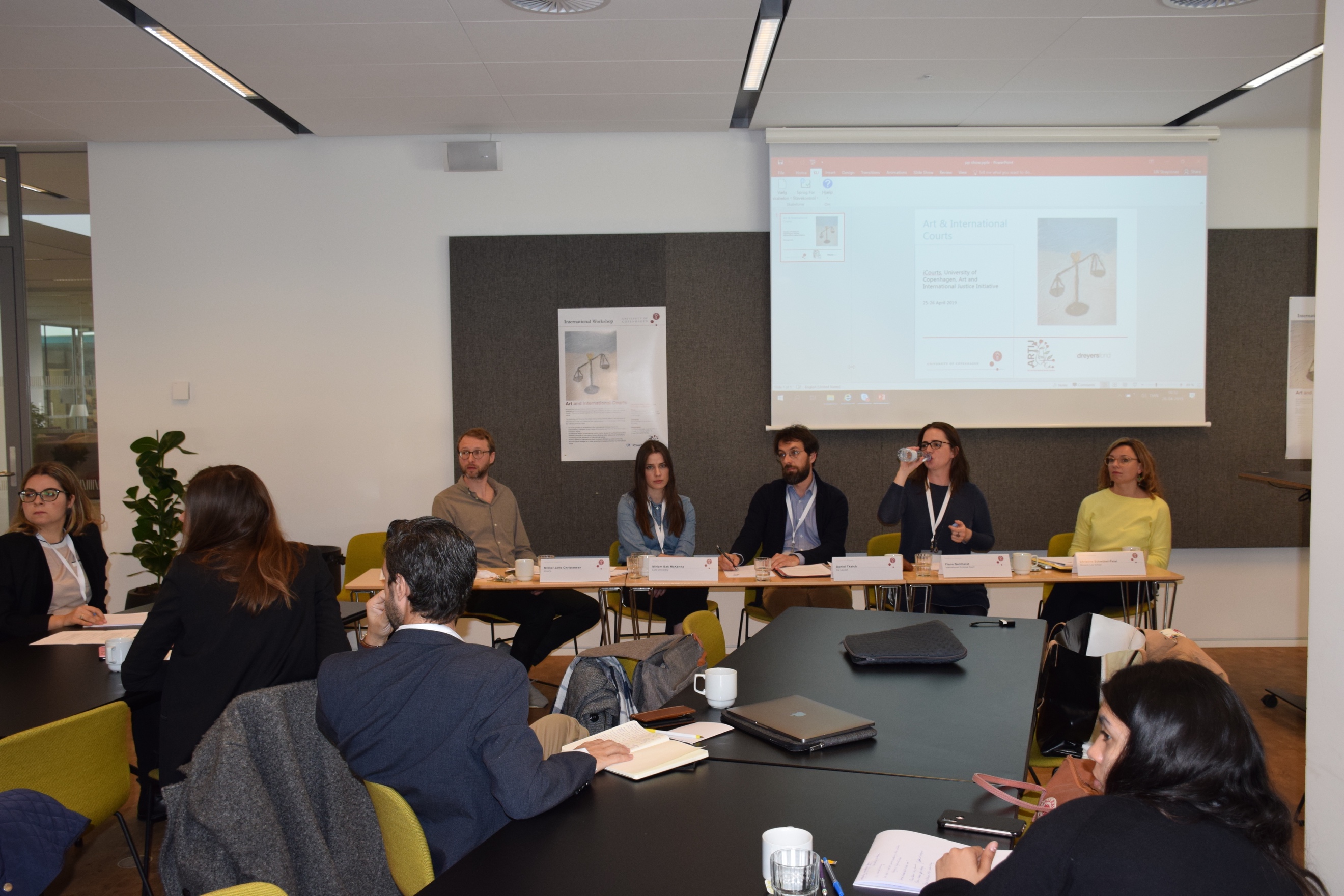 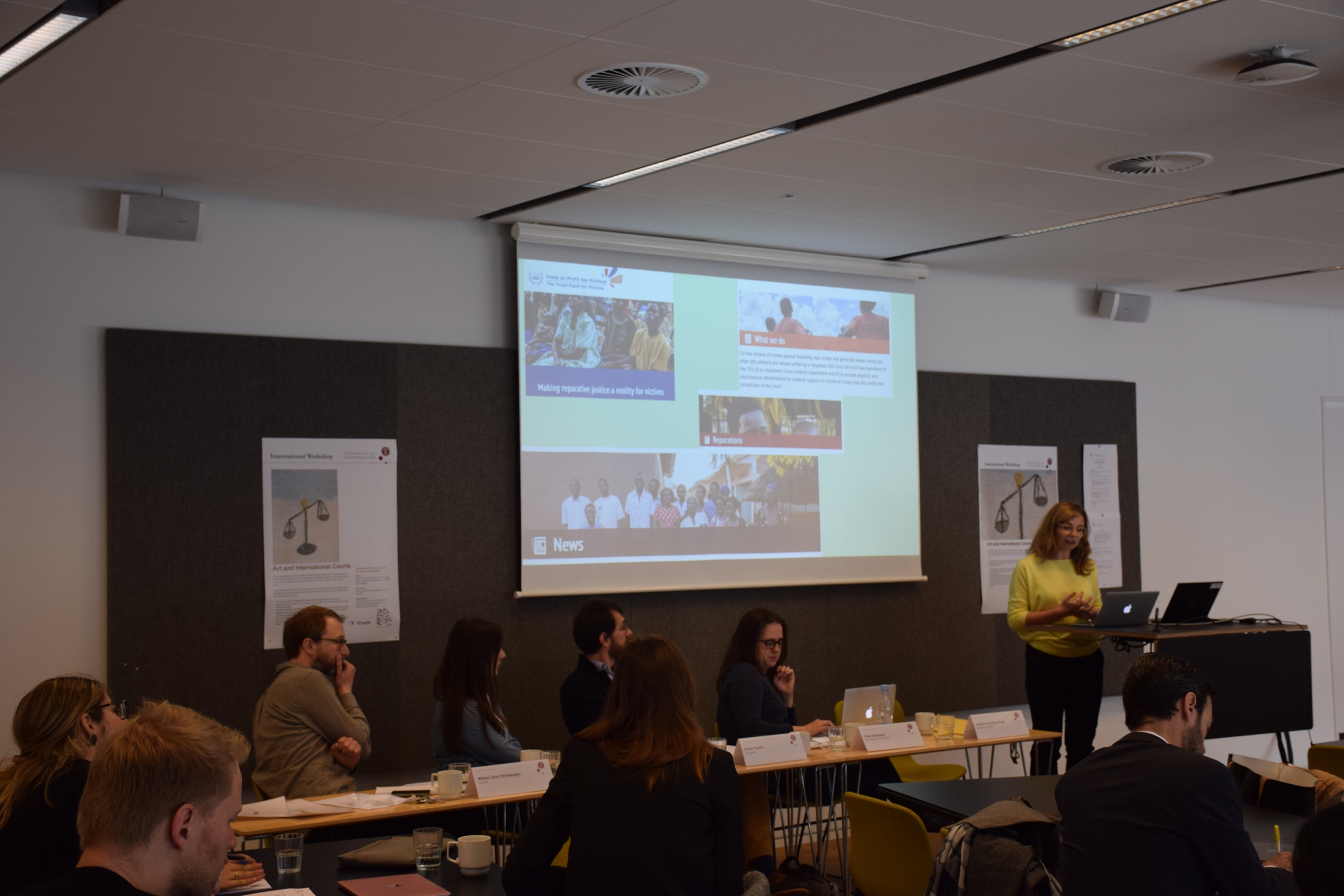 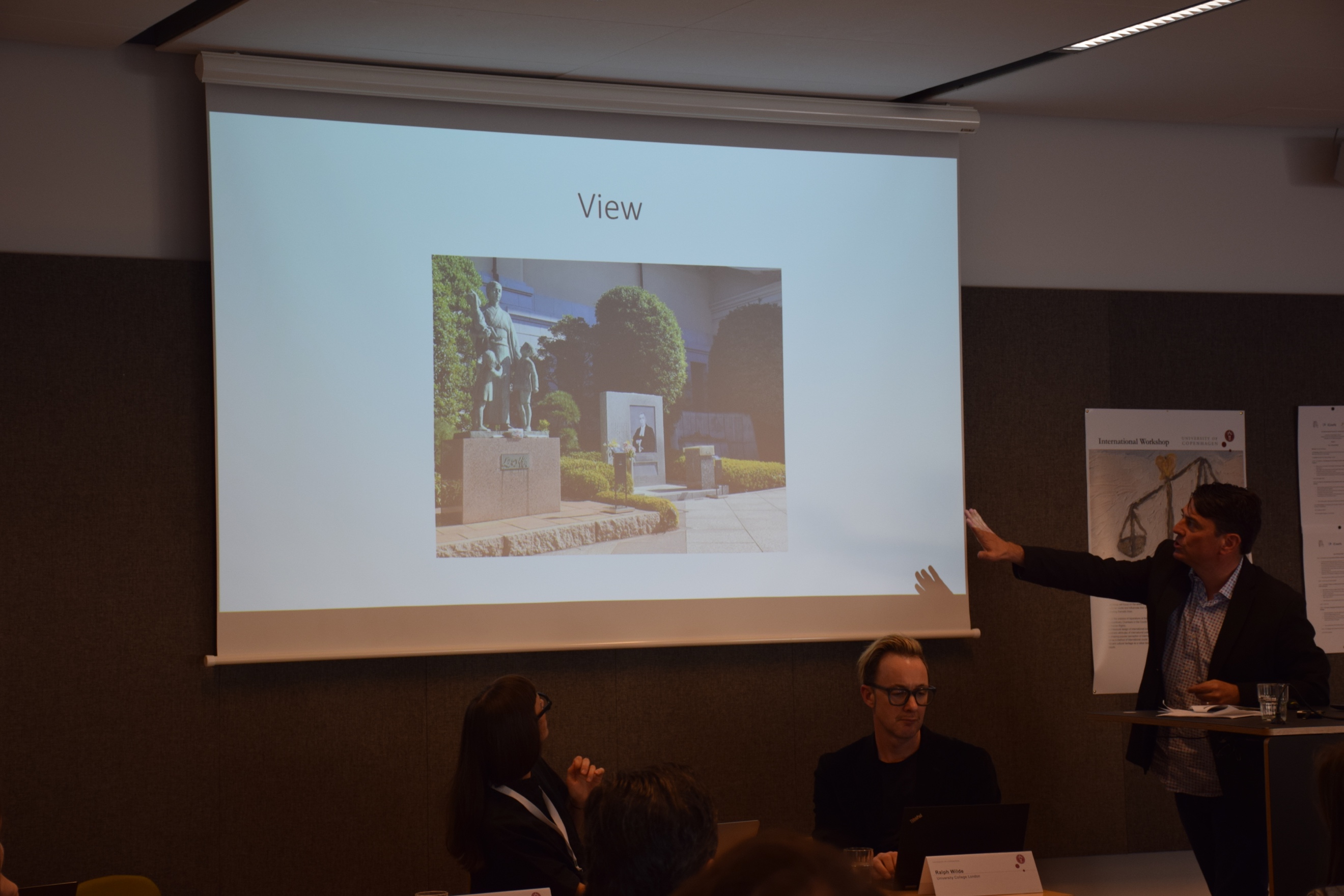 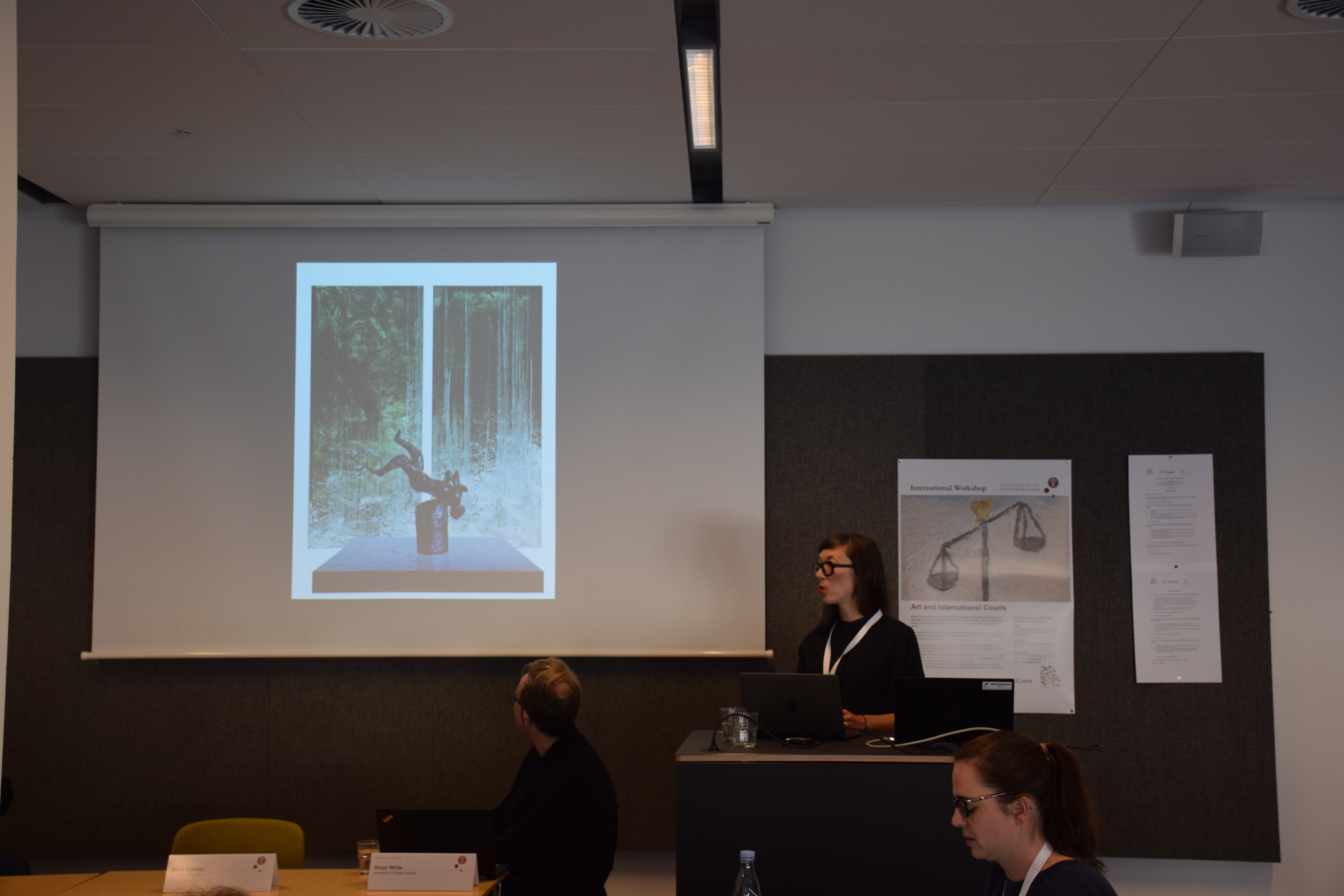 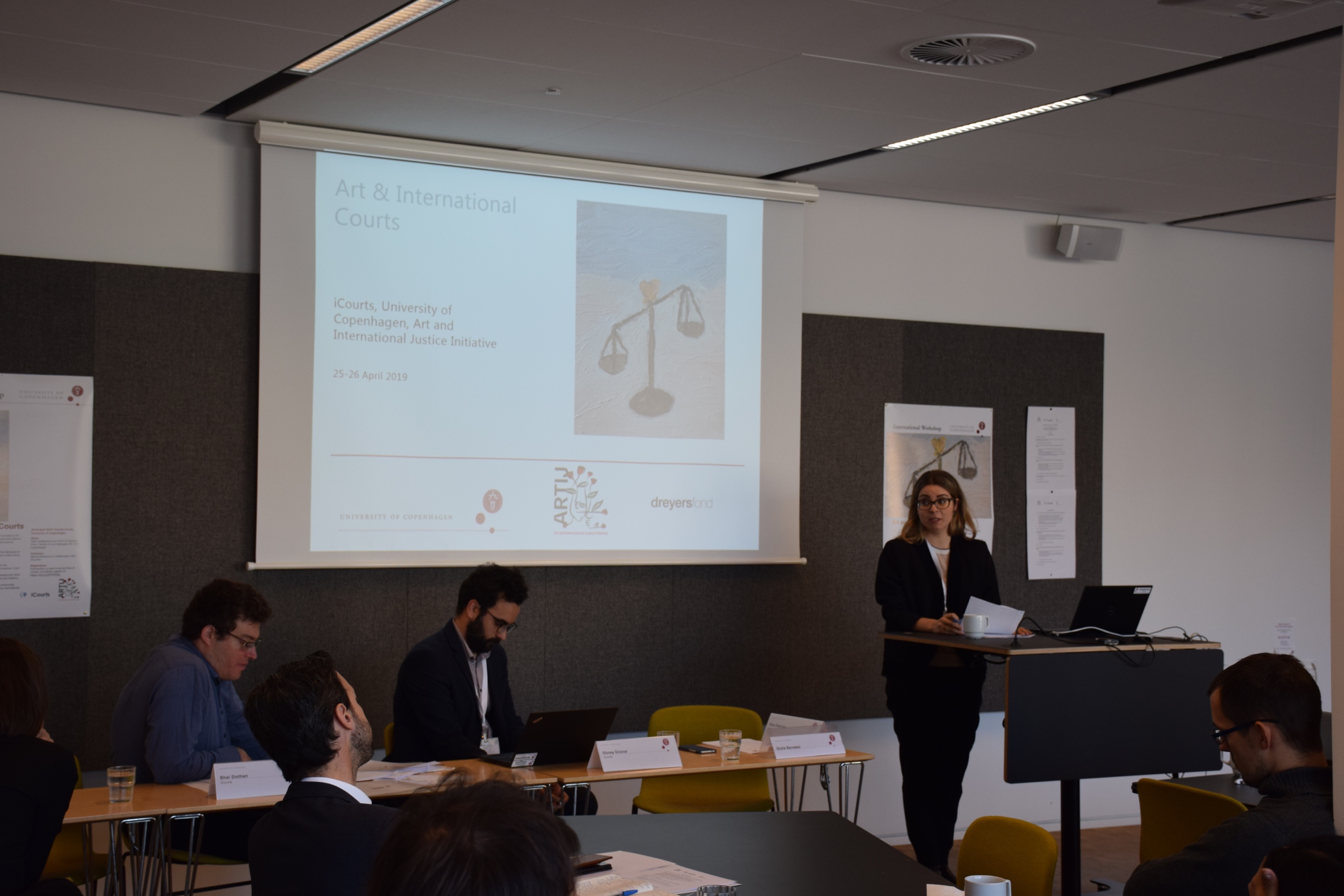